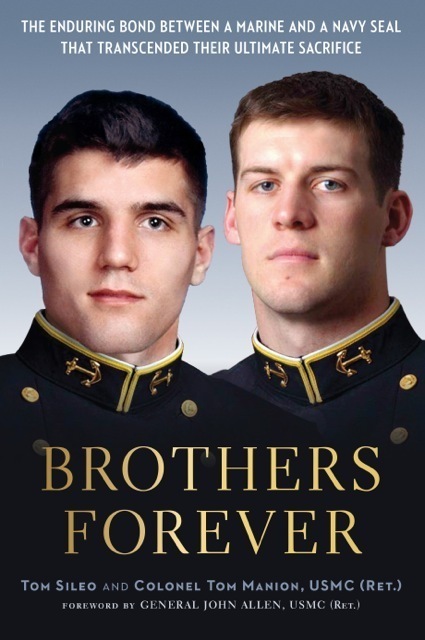 Brothers ForeverThe Enduring Bond between a Marine and a Navy SEAL that Transcended Their Ultimate SacrificeBy Tom Sileo and Col. Tom ManionDescriptionFour weeks after Navy SEALs had killed Osama bin Laden, the President of the United States stood in Arlington National Cemetery. In his Memorial Day address, he extolled the courage and sacrifice of the two young men buried side by side in the ... END_OF_DOCUMENT_TOKEN_TO_BE_REPLACED