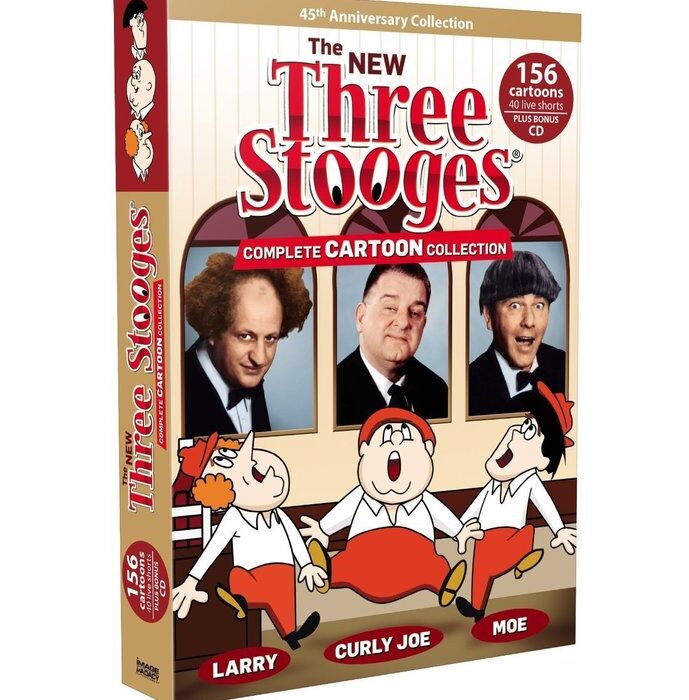 The New Three Stooges: Complete Cartoon CollectionThe New Three Stooges premiered in 1965 and featured animated cartoons with the voices of the Stooges – Larry, Moe and Curly Joe – as well as real footage 'wraparounds' of the three comedy greats performing short skits to accompany the cartoons. Now, for the first time ever and marking the 49th anniversary of the show, this collection ... END_OF_DOCUMENT_TOKEN_TO_BE_REPLACED