According to Susan Tellem, co-founder of the sanctuary, while these wonderful reptiles have outlived the dinosaurs, wide spread illegal smuggling and the commercial pet trade in turtles and tortoises has devastated wild populations worldwide. Many once thriving species are now threatened or endangered. Worse, some are now extinct.

“The pet industry thrives on small, adorable exotic animals with a big price tag,” Tellem says. “What we are recommending is to avoid impulse buys. We understand the appeal of an adorable two inch baby turtle!” Tellem adds, “But most animal rescues have many turtles and tortoises ready for adoption to good homes.” 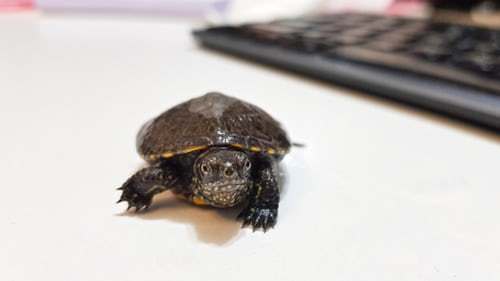 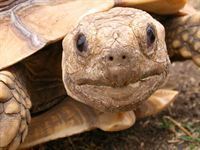 Tellem, who founded the nonprofit 27 years ago with her husband, Marshall Thompson, says, “Many owners assume that when the tortoise becomes a problem, zoos will take them. This is simply not true. Zoos are not interested in cast-off pets.”

She adds that a domesticated pet cannot be put back into the wild. It will die or introduce disease into an already precarious wild ecosystem. In many states, it is also illegal.

Tellem says that the option of placing the animal with a rescue is not always the answer, as her rescue is full as are most others. The best solution is to find a compassionate adopter who is willing to give a proper “forever home” to the pet. There are many national rescue organizations listed on www.tortoise.com which can facilitate adoptions if people are interested in getting an animal.

One way to enjoy a turtle or tortoise without harming them is to make a donation to a nonprofit like American Tortoise Rescue. “This allows us to educate people and care for the ones that are ill in our sanctuary. If a donor makes a $100 donation or more, we send them an adoption certificate featuring one of our permanent residents, and it’s good for one year. People enjoy that because they can care for the animal vicariously,” Tellem says.

American Tortoise Rescue, Malibu, Calif., is a nonprofit founded in 1990 to provide for the protection of all species of tortoise and turtle. For more information, contact: American Tortoise Rescue at www.tortoise.com ; or email [email protected] . Follow on Twitter @tortoiserescue and on Facebook. Tellem started World Turtle Day® 17 years ago which is now celebrated globally (and is trademarked).