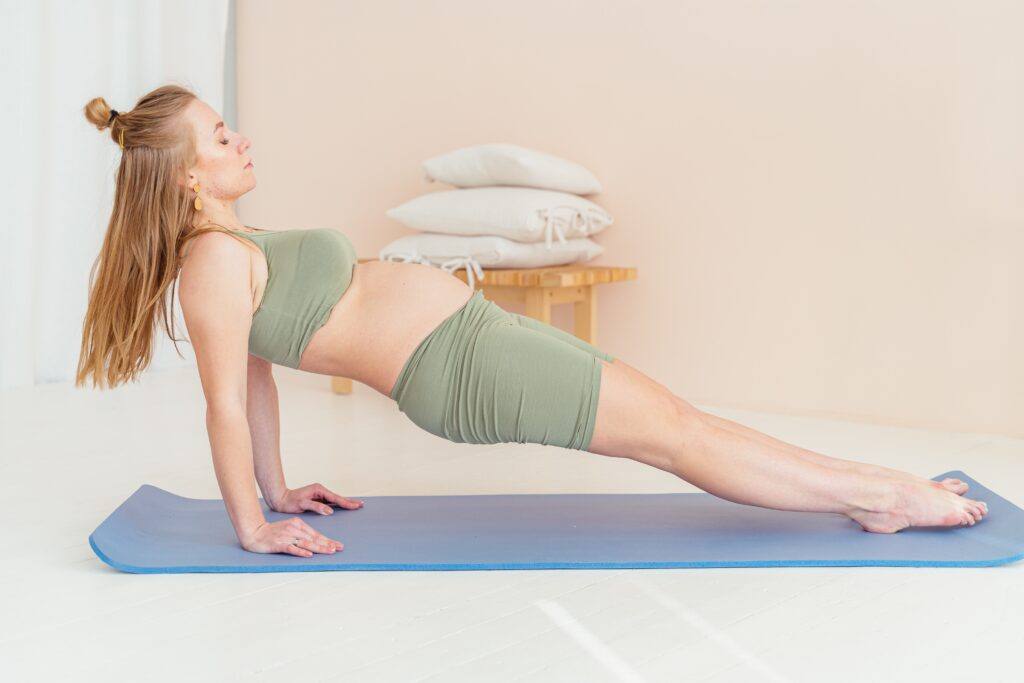 It’s dangerous for new moms to lift weights. Moreover, the fact that most new moms need a low-impact workout justifies the need to come up with unconventional workouts that can be fun and beneficial.

When we say unconventional, we mean workouts that aren’t traditionally prioritized for their physical benefits, even though there are plenty. The specialty of these workouts is their effectiveness in reducing mental stress while incorporating physical exertion involving the muscles and parts of the body you want to be worked.

It’s no secret that being a mother is one of the most stressful jobs in the world. Especially following cases of postpartum depression, the significance of exercises for physiological and emotional health is paramount.

While the workouts mentioned before will involve a series of routines to follow, you can be sure that they are adequate and tested to guarantee results. The fact that they’re fun and wearily engaging makes them plausible to be considered as your new favorite regimen. With the right diet, you can count on these unconventional workouts to bring you back in shape, both mentally and physically.

Nobody’s asking you to get into the ring and start trading blows with a professional.

Boxing is one of the best all-around workouts that not just works your upper and lower body, but also helps relieve frustration and stress in the form of physical exertion. Here’s how.

Throwing punches, even without punching bags and boxing gloves, such as during shadow boxing routines, involves more than just your hands and upper body movement. A punch’s power starts from your feet and legs and travels up your hips, your rotating chest and spine, to your shoulders and finally into your arms and punches.

Other than punching, boxing training incorporates positioning, dodging and moving in and out of your opponent’s range. This stimulates and guarantees a substantial amount of footwork which is the equivalent of dozens of jump rope sessions.

The fact that boxing also involves roadwork, which is a boxing term for running workouts, means that you’re guaranteed to work your whole body.

Channeling your stress and frustration on a punching bag is effective in achieving a calmer state of mind. Sparring with someone with protective headgear not only prevents all chances of injuries but also engages you enough to present challenges that will require focus, concentration and mettle.

Since it makes you think, it diverts your attention and gives you a stimulating experience filled with cardio, strength and resistance workouts.

If you doubt the effectiveness, look at every boxer in the world, and you’ll know that it’s a sport that makes an athlete out of you. While you may not be going for the championship, you can reap the physical and mental benefits of boxing just as easily.

Although it’s particularly famous for new moms, its importance is impossible to overstate. Yoga has been part of humanity since the earliest ages. From the most elite and noble warriors to the average joe and jane, Yoga has proved beneficial in helping regulate heart rate, work the core muscles of the body, induce flexibility and enhance elasticity.

There are various Yoga positions that each involve a particular set of challenges, the most obvious one of which is being able to hold a difficult position and calmly breathe through it. Nonetheless, it’s still one of the most widely practiced meditational workouts that relieve stress specifically because it involves breathing deeply.

You’ll find that though Yoga doesn’t involve weights, you’re going to be stretching and moving your body in awkward angles and pivots, relieving stress and working the ligaments and joints to contract and relax unused muscles.

For new moms who’re trying to lose the fat as well as get their fitness back, Yoga is sure to help alleviate signs of fatigue and help set up a proper workout routine that works with your baby monitors. Best practices of Yoga involve getting up with the rising sun and meditating with the setting sun.

The fact that you can do this workout anywhere with the only requirement being a mat, there’s no doubt that its convenience makes it an appealing workout routine to follow.

However, make sure that you’re not just doing the same poses every time. That’s because regardless of how many people might perceive it, Yoga is a bit more complicated than just saying Namaste and breathing in and out. There are peculiarities associated with each movement that need to be perfected to get the best out of your exercise.

Consulting a professional trainer or a verified yoga class with an instructor who knows the ins and outs is a viable way to make sure you’re doing it right. Luckily, there’s a yoga class happening around every corner.

One of the most underrated workout routines that also happens to be the most fun activity for humanity is dancing. Everyone loves music and there’s not a single doubt in anyone’s mind about its therapeutic effects.

Prescribed to most people with depression and anxiety, music therapy has proved successful as a means of allowing patients to express themselves and alleviate their moods. Harboring the secret to changing emotional states, music combined with dancing becomes the ultimate activity to try when it comes to fitness and fun.

The fact that there are little to no risks involved in dancing and that you are bound to get the hang of it even if you don’t know how to dance makes this activity all the more appealing and preferred. Just like the above, dancing also involves heavy cardio as well as calisthenics, which is basically using your body weight to work out against resistance.

Dancing has emerged as a creative physical form of art that helps individuals connect and express shared emotions, feelings and try out moves and variations that help work their entire bodies.

All the while, dancing ensures that a person is engaged and motivated to want to continue grooving to the rhythm. The fact that there’s no requirement other than a device to play music, you can practice dancing anywhere and at any time.