I was recently given the chance to review the most hilarious parenting book ever. I am so glad to see that someone else on earth views parenting the same way that I do. I mean, sometimes you HAVE TO JUST LAUGH at your situation, otherwise you would never stop crying!

Behavioral scientist Elizabeth Jordan has written a new book, Don’t Be A Pusi: An Inappropriate and Politically Incorrect Book for Entitled Teens and Their Traumatized Parents, which breaks down the dangers of permissive parenting. 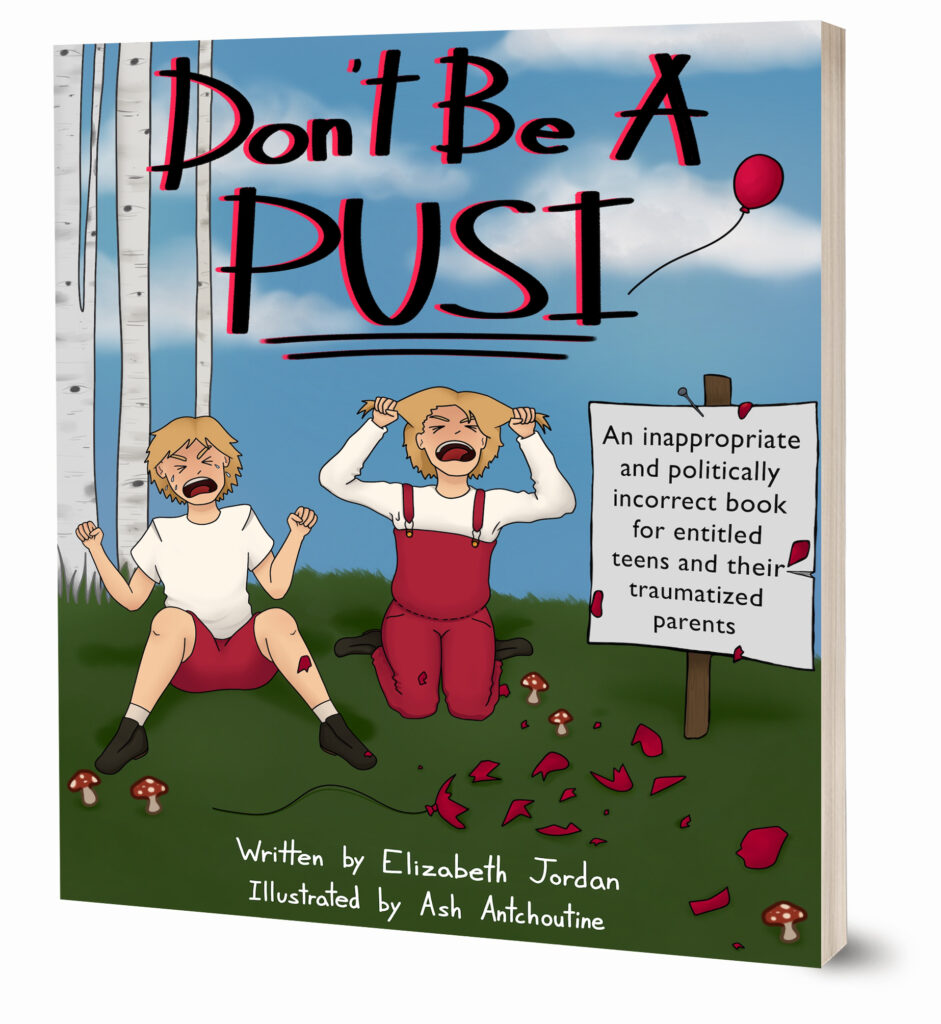 Don’t be a Pusi combines humor, singsong poetic rhyme, and strict values that give voice to some traditional methods of parenting that have been lost. It’s nice to be friends with your child, but it’s more important to be a responsible model and inspiration, showing kids how to be strong adults when they grow up.

Parents want to be “cool,” but more importantly, they should teach children to be respectful instead of rude. From the cradle to college, kids have the chance to learn from their elders, and learn they must to be successful in the world.

Good life habits are formed at an early age, so parents should teach kids right from the moment they’re born, and children should pay attention to the lessons being taught. Someday, children will become parents and have kids of their own. By enforcing strict values, both parents and children alike can work together toward a happy family and a happy life.

My teenage son Braxton is the kind of kid this book was written about! (And I say so with a lot of love) 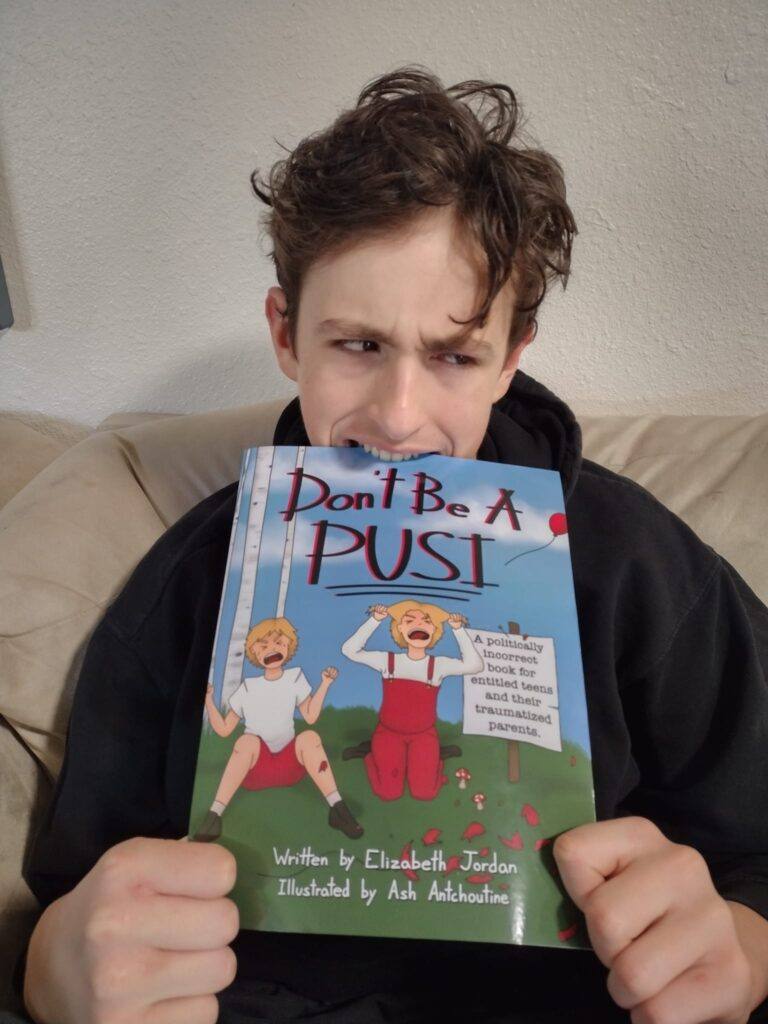 Are you raising a Pusi? This is the question raised by behavioral scientist Elizabeth Jordan in her new book, Don’t Be A Pusi: An Inappropriate and Politically Incorrect Book for Entitled Teens and Their Traumatized Parents.

In the 1960s, clinical psychologist Dianne Baumrind  categorized four different types of parenting styles- Authoritative, Authoritarian, Permissive and Uninvolved. However, to accommodate the ever-changing attitudes and viewpoints of today’s parents, Elizabeth has tweaked these categories to reflect a more modern sensibility.

She categorizes them as The Fair Judge (reasonable and nurturing with high and clear expectations), The Dictator (thought of as a disciplinarian), The Permissive Parent  (let their children do what they want with limited guidance) and The Absent Parent (give children a lot of freedom and generally stay out of their way).

Written in a rhyming meter like that of a children’s picture book (though peppered with adult language) with eye-catching illustrations, Don’t Be A Pusi breaks down the mistakes a parent makes by adopting a Permissive parenting style.

Both irreverent and educational, Don’t Be A Pusi: An Inappropriate and Politically Incorrect Book for Entitled Teens and Their Traumatized Parents provides a “what not to do” guide to parenting.

(Parenting teens is not easy.) 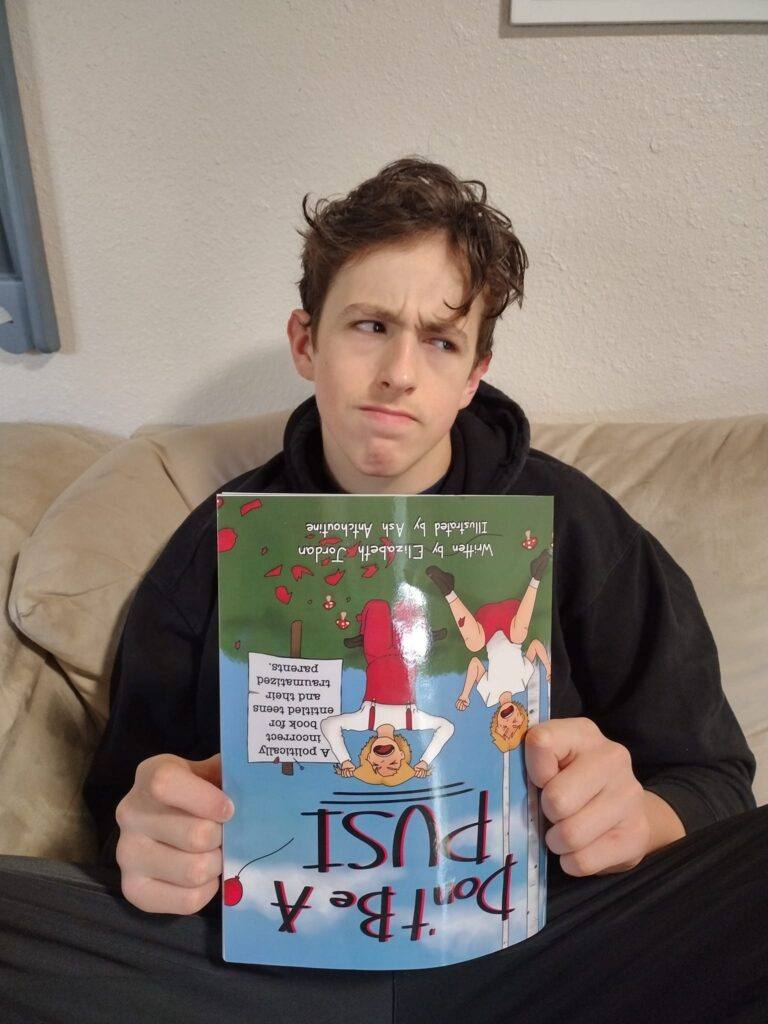 About the Author– Elizabeth Jordan has been married for thirty years and is a mother of five. She is also a visual artist who teaches art to both neurotypical and neurodiverse students of all ages. Going back to graduate school at forty-seven, she earned two master’s degrees—one in fine art and the second in Applied Behavior Analysis (ABA).