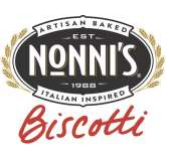 Nonni’s has released limited edition seasonal flavors just in time for the holidays! Inspired by trending and in-demand flavor combinations, including pumpkinspice, chocolate hazelnut spreads and dark chocolate, these 110-calorie delectable treats are made with real ingredients, offering a guilt-free indulgence all season long. 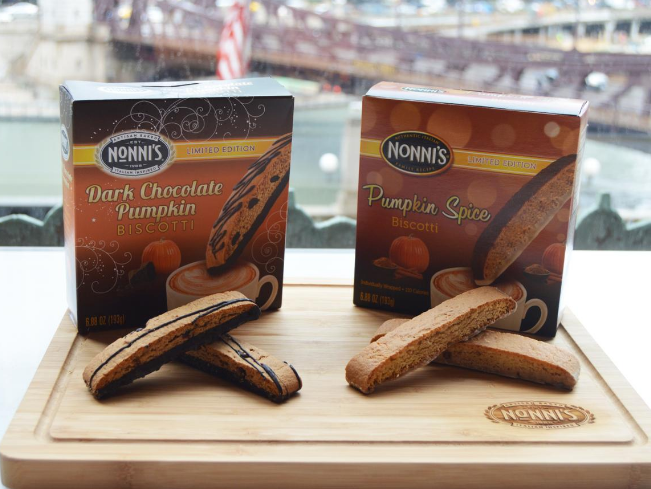 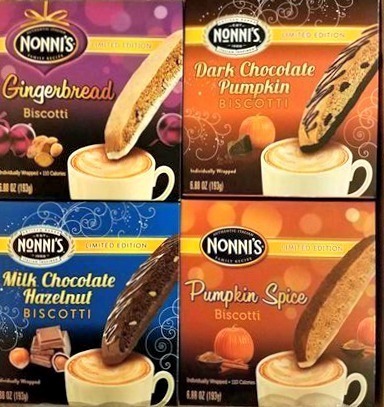 Nothing says, “Hello Holiday Season” like a comforting cup of hot cocoa and a delicious Nonni’s Biscotti cookie to dip into it. I look forward every year to this season in which I will get to enjoy my favorite Nonni’s limited edition biscotti. I adore the sweet flavors of the fall and winter seasons. And now I am completely in heaven with their newest holiday flavors as well. Good thing that each treat is only 110 calories each!

I love how Nonni’s Biscotti comes in individually wrapped in portion-controlled packs that seal freshness and maintain the highest quality flavor, and can be enjoyed as a mid-morning boost, afternoon snack or post-dinner dessert. I also put them in my children’s school lunches.