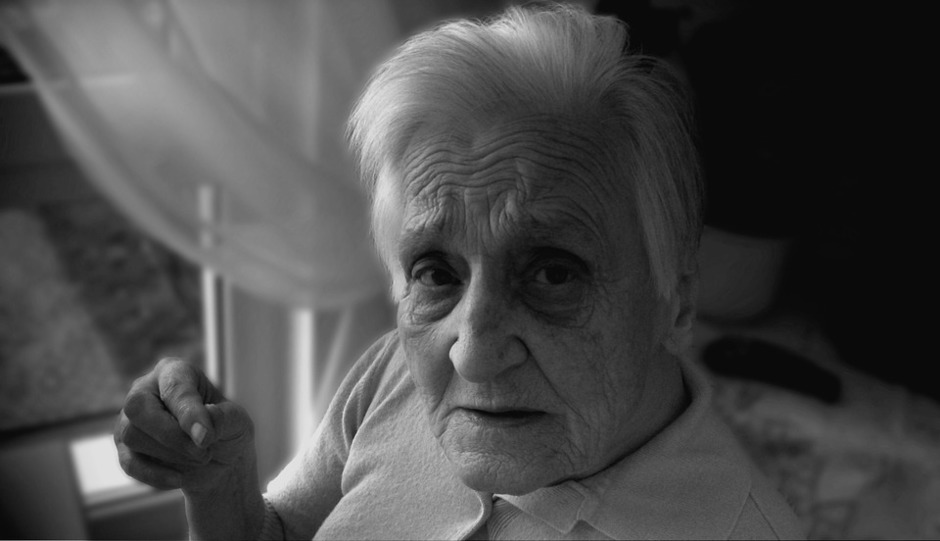 I’d do anything for my grandmother. When my mom passed away when I was younger, she basically raised me. As I’ve watched her get older, I’ve become more and more concerned for her health. Now, as an adult, I make it a goal to see her once per week, which usually means we go out for lunch somewhere or she comes over to see my 3 very busy children. She’s weaker than she was, but she still has that spark in her eyes that shows she’s probably up to a little mischief even in her old age.

While eating at a chain restaurant recently, she excused herself to go to the restroom, so I waited alone in the booth. Time passed and I became worried. Before too long, I went in to check on her, and to my horror, she was on the ground in a puddle of water and in great pain. I yelled for help, and soon thereafter, a nice lady sitting nearby was there to do what she could to get my grandma off the ground and upright.

She had slipped on a wet, mopped floor, and for some inexplicable reason, no one thought it would be important to put a sign up to indicate that it might be dangerous and to use caution. The manager wasn’t any help either. He said, “Sometimes we put it up, I mean, usually.” He laughed it off and half apologized and sent us on our way. I was shocked by his behavior, especially since my grandmother would soon undergo surgery to repair her broken hip from the incident. It didn’t end there. She didn’t have the best insurance, so the bills stacked up a mile high. The elderly just don’t heal like us younger folks, so she would also undergo intensive physical therapy. It broke my heart to see her in such pain. I knew I had to do something more than just accept it as an accident. It didn’t have to happen. I was advised to seek out a personal injury attorney

That’s when I contacted Kinney, Fernandez, and Boire Law , who specialize in personal injury law. At first, I didn’t think I even had a case. To be honest, I’m not the type that really wants to go after anyone, let alone to seek money. However, the pain this caused me, my family, and more than anyone, my sweet grandmother, helped me to see that seeking legal help was my only choice to help cover the countless bills and trauma she had experienced.

Kinney, Fernandez, and Boire Law made it easy and took care of the case in a way that I could have never imagined. We felt like we were exclusive clients from the beginning. Not only did they help us seek a settlement that covered expenses, but they also gave us peace of mind and hope for the future. I wouldn’t wish this mess on anyone, but knowing that I had a team on my side that cared for me and my grandma at least made it all a little easier.