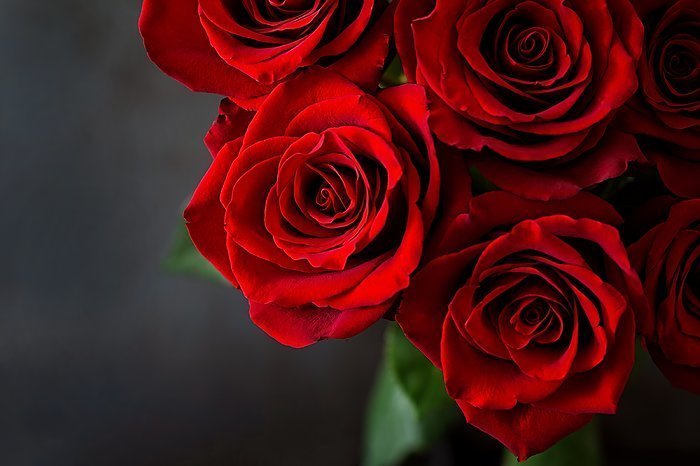 Four Roses has selected premier grower Jackson & Perkins® as their partner to launch a special edition rose to commemorate the brand’s 130th anniversary. The rose is available via JacksonAndPerkins.com and will retail for $26.95. The plants will begin shipping August 17 to open plant zones.

“Four red roses have been synonymous with our brand since the legend began in 1888,” said Four Roses Master Distiller Brent Elliott. “The Jackson & Perkins® Four Roses® Anniversary Rose is graceful, colorful and elegant, reminding us of the southern belle who so long ago responded to Paul Jones Jr.’s proposal by wearing a corsage of four red roses to the grand ball. Jones later named his Bourbon company ‘Four Roses’ as a symbol of his devout passion for his lovely belle.”

“The blooms of this rose are exquisitely formed, fade-proof, and emit a lovely damask fragrance,” said Wes Harvell, garden manager, Jackson & Perkins. “Once they open, the blooms are 3- to 4-inches wide and comprised of 20 to 25 deep red petals. These blooms arrive in early summer and keep on going in waves all season long, especially if promptly deadheaded. It’s a vigorous and easy-to-grow rose, heat tolerant, and resistant to rust and powdery mildew, meaning it’s a good choice for warmer climates.”

The Jackson & Perkins® Four Roses® Anniversary Rose will become part of the permanent landscape at the Four Roses Distillery.

Established in 1888, Four Roses is the only Bourbon distillery that combines two mashbills with five proprietary yeast strains to distill and age ten distinct Bourbon recipes, each with its own unique flavor profile. With distilling and warehousing operations in Lawrenceburg and Cox’s Creek, Kentucky, respectively, Four Roses is dedicated to producing award-winning Bourbons with smooth and mellow tastes and finishes. Four Roses is available in all 50 states.

Jackson & Perkins has over 140 years of experience providing high-quality plants to our loyal customers. After the turn of the 20th century, Jackson & Perkins began selling roses and it soon became the company’s most successful product. Some of the rose varieties that were developed were so famous and exquisite that they have graced locations such as Windsor Castle and the Vatican Private Gardens. Today, Jackson & Perkins continues to be a leading provider of top-quality roses, and an online retailer of plants, garden supplies, and living gifts for all occasions.