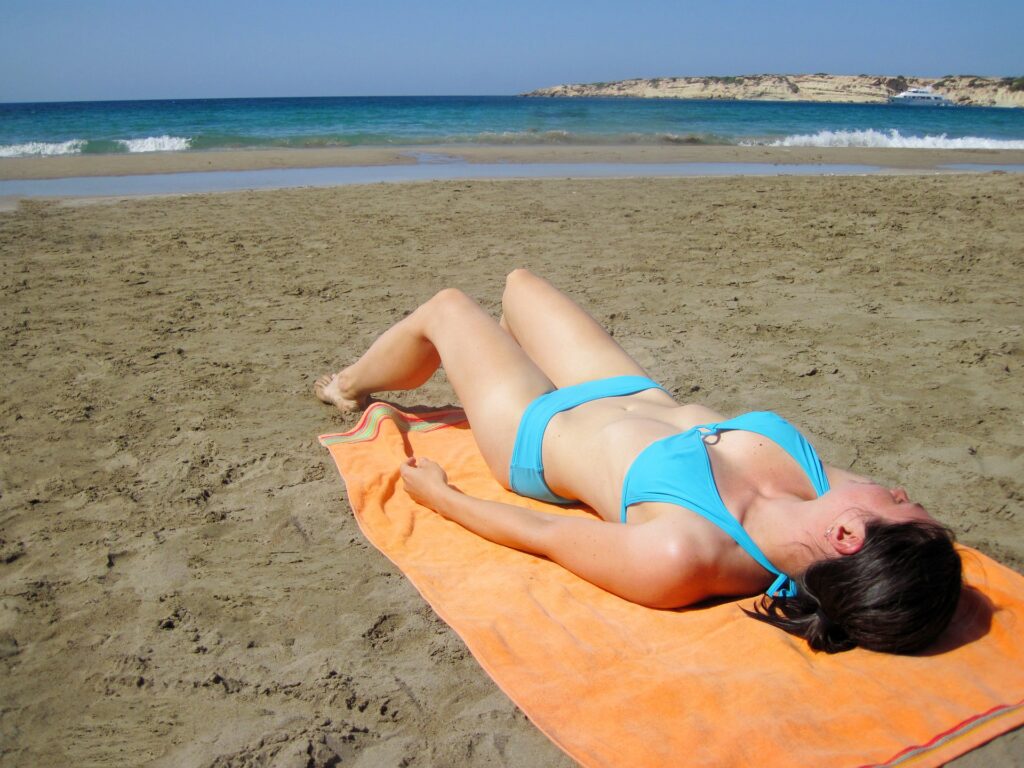 When the weather is warm and the sun shines, people like to spend time outside. But it’s important to remember to protect your skin because all that fun in the sun can lead to serious sun damage!

In addition to sun damage, excess time in the sun without protection can lead to skin cancer. It’s important that Americans take sun safety seriously, but do they? According to a new report from Advanced Dermatology, not so much.

Only 31% of Americans say they wear sunscreen year-round. The majority of people (58%) report only wearing sunscreen during the summer months and even more concerning, more than 1 in 10 say they don’t wear sunscreen at all.

Deciding when to apply sunscreen may depend on weather and plans, and more than half (52%) say they only wear sunscreen while doing certain activities on sunny days. However, ultraviolet (UV) rays can still impact your skin on cloudy days, so you should still be applying sunscreen even if the sun’s rays are on you directly. According to the survey, 61% of Americans say they never wear sunscreen on partly cloudy or cloudy days.

You can protect yourself from the sun with things besides sunblock and sunscreen, like hats and sunglasses. But that doesn’t mean Americans are always protecting themselves with hats or sunglasses, as 40% of Americans say they rarely or never wear a hat outside and 29% of people say they rarely or never wear sunglasses. It’s also important to make sure you know the sunscreen you’re using hasn’t expired, 48% report checking the expiration dates on their products.

Just because Americans are burning doesn’t mean they’re concerned about skin cancer. Only 54% of respondents are worried about getting skin cancer, and 87% of Americans admit they don’t get annual skin cancer screenings. Additionally, 72% have never been checked by a dermatologist or medical professional for skin cancer.

As more people spend time outside this summer, it’s important to make sure you are taking precautions. Spending a few minutes to put on sunscreen or sunblock can make all the difference for your skin and overall health.

You can take a look at the full results of the survey here.